-Presenting you more advanced version of Biohazard mod.
-As you can see there are some similarities as Zombie Plague.
-Server has a lot of private plugin which can only be found on my server.
-The only problem I could not solve is that server often crash.
-It\’s old trouble which has from the beginning have Biohazard mod.
-The reason I chose this mode and not ZP,is that the Biohazard mod when you\’re a zombie It is much easier to play than the ZP mod.
-On my server, you can enjoy playing as survivors but also as a zombie.
-Server has much more Extra guns and items but the clip did not show all! 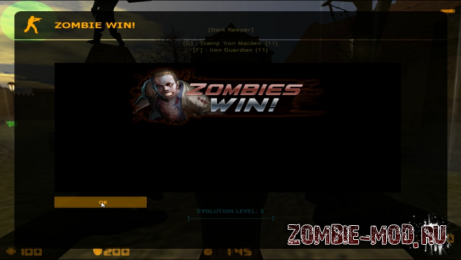 Have you ever seen a dynamic sky in CS1.6 ? Комментарии: